The Market and Photography: An Interesting Perspective on 2015 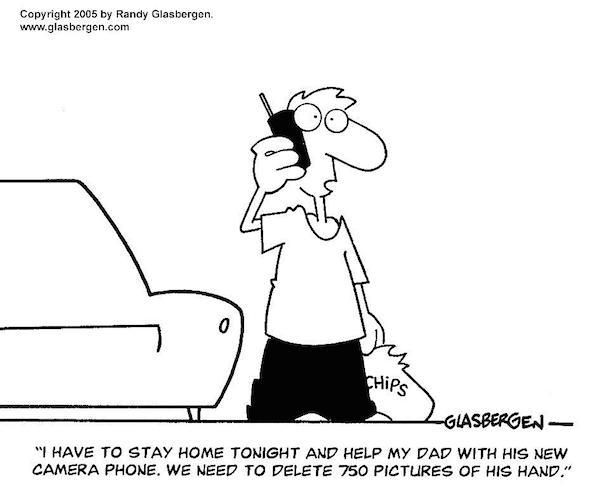 As we start to see signs of Spring, many of us might reflect back over the winter and holiday season and wonder where the time went. It is during these reflections I often look at the numerous photos I’ve taken with my phone during each of the many family gatherings over the last few months, and I give thanks for the 64 gigabytes of memory that allows me to capture so many special moments.

To think that the memory capacity of my $200 cell phone would have cost roughly $64,000 two decades ago1 and would never have been small enough to fit in my phone back then!  Please don’t misconstrue my appreciation of this technology to mean that I have great photography skills.  The reason I value the technology, as I’m sure most do, is because it provides me the benefit of taking dozens and dozens of pictures hoping that maybe, just maybe, I’ll get that one great photo where everyone’s eyes are open and smiling at the same time.  It’s amazing we ever managed to capture a reasonable photo using film cameras.  Today, the notion of taking one picture and hoping for the best seems way too risky and outdated given the inexpensive technology we have at our fingertips.

In the financial world, technology has also rendered an approach that once seemed the norm to become outdated.  Years ago, before the advent of index mutual funds, transaction costs made it prohibitive to own more than a few dozen stocks.  But the risk of investing in a small handful of stocks is the equivalent of me attempting to capture my children with their grandmother at our holiday meal with just one or two clicks of the camera shutter:  There’s a high likelihood of disappointment.

The chance of a single stock, or a portfolio concentrated in a small handful of stocks, underperforming the market is greater than most people think.  In 2015, JPMorgan produced a research paper that illustrated some staggering facts about the risk associated with concentrating in a single stock.2  The paper looked at US stocks from 1980-2014, a period in which the broad US stock market produced a cumulative return of 4,698% (over 11% annualized).  Yet during that long-term period:

The first time I read this research, I didn’t think it was mathematically possible for 64% of the stocks in the market to underperform the market as a whole.  But the research also clarified an important related point:  A very small handful of stocks have been “extreme winners” and have driven a large proportion of the market’s return over this period.

More recently, we’ve witnessed an interesting case that affirmed this longer-term data.  In 2015, four high-profile stocks dominated the market.  Facebook, Amazon, Netflix and Google (collectively referred to as the “FANGs”) each produced a return of over 30% for the year, while the rest of the market was effectively flat.

While the FANGs collectively represented less than 4% of the US stock market over the course of 2015, a portfolio that included every single stock in the market except just those four underperformed the market by 166 basis points (1.66%) last year.  When we see a tiny minority of extreme winners it’s natural to believe that we, or some “expert” that we might hire, could have identified those stocks in advance and made us a huge profit as a result.  But the odds of picking those four stocks out of a universe of 3000 are almost Powerball-like (1 in over 3 trillion).  More importantly, as the JPMorgan paper illustrates, trying and failing can do much greater harm to one’s wealth than a $2 lottery ticket.

Today, even professional photographers take advantage of the inexpensive memory that is available in cameras to make sure they don’t miss the perfect shot.  If the “perfect stock” is equally challenging to find, it seems foolish for investors not to take advantage of highly-diversified, low cost index or “index-like” investment strategies available to them in the financial marketplace today.

By making this prudent choice, investors greatly improve the odds that they won’t miss out on the few “big winners” that typically drive the returns of the overall market.