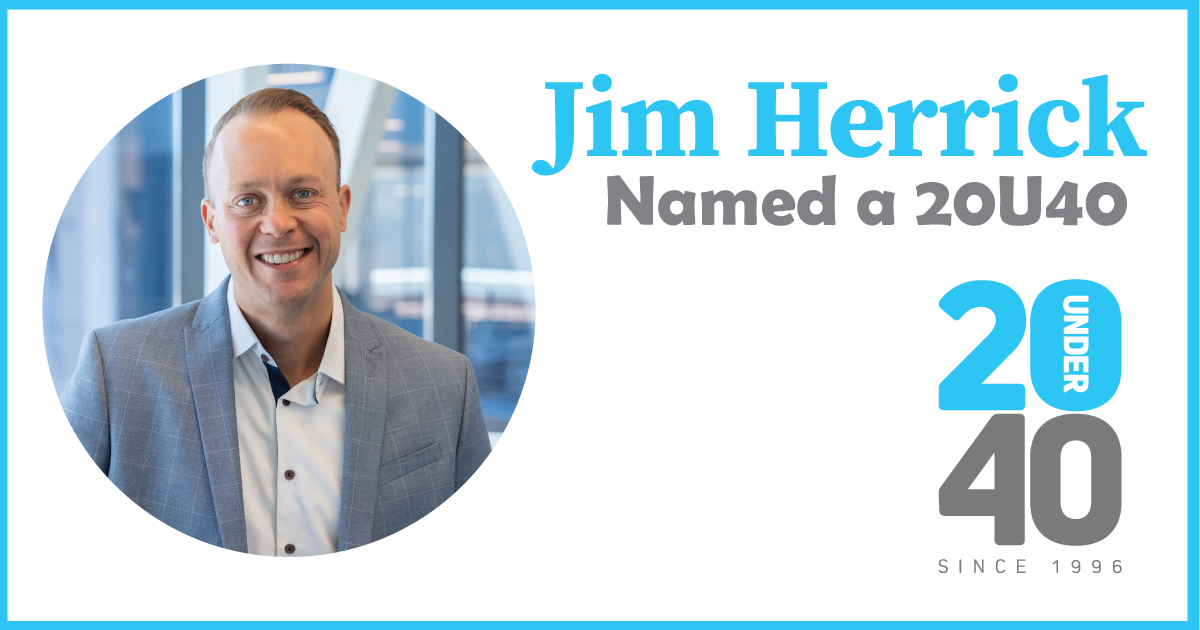 We are thrilled to announce that TDC Investment Advisory Vice President Jim Herrick has been named to the 20U40 list, a leadership recognition program highlighting Northwest Ohio and Southeast Michigan’s dynamic leaders under the age of 40. The 20U40 program recognizes those who have distinguished themselves in their careers and/or in their community. In addition to his role as a leader within our practice, Jim has been instrumental in helping to create Catching Up With Jack, an annual event to remember the life of Jack Fineske, which has raised over $500,000 to support groundbreaking pediatric cancer research and support local families. Check out Jim’s other notable achievements on the 20U40 page below.

A well-deserved honor Jim and thank you for all you continue to do for our firm and our community!